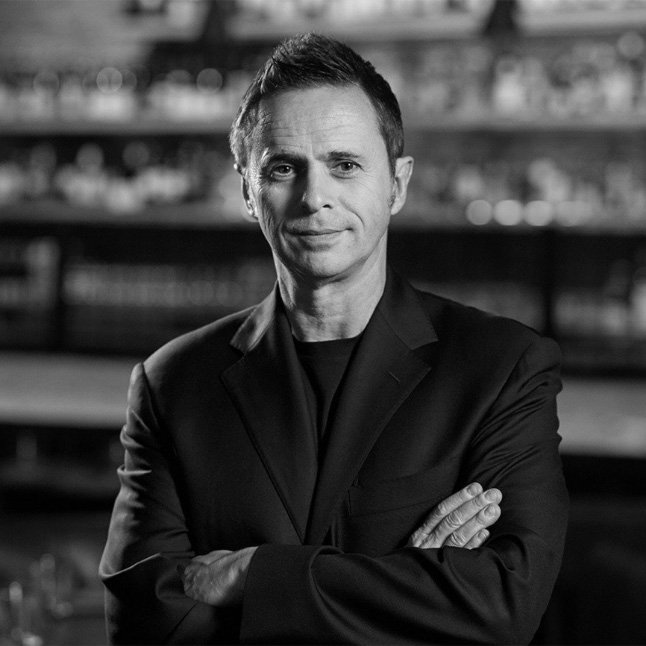 FactoryPlaceHospitality Matteo Ferdinandi brings a wealth of fine-dining experience and genuine hospitality to each of his restaurants. A true Italian restaurateur, Ferdinandi is on a mission to bring to the table the history and culture of the Italian people through local Italian specialties in an era when competitors favor interpretations of true Italian dishes.

Ferdinandi’s introduction to the hospitality industry came at an early age helping at his family’s bakery and hotel in his native Chioggia, Italy, a fishing town south of Venice near the Po River Valley. Despite his love of both food and hospitality, Ferdinandi initially pursued a career in civil engineering, studying in Italy and spending summers in Great Britain to improve his English.

Eager to earn a little spending money while in Great Britain, Ferdinandi took a job in the kitchen of an Italian restaurant in London, igniting a passion for cuisine that led to the end of his nascent engineering career.

Pursuing his lifelong dream of moving to the U.S., Ferdinandi arrived in Los Angeles in 1992. There he met his future wife, Francine — now an accomplished sommelier and partner in FactoryPlaceHospitalityGroup. With a desire to be a part of the gastronomic capital of the United States, and inspired by the likes of Danny Meyer, Tom Colicchio and Lidia Bastianich, Ferdinandi and Francine moved to New York City to immersed themselves in the culinary landscape. Following his time on the East Coast, Ferdinandi joined Wolfgang Puck Fine Dining Group to be in charge of the groundbreaking Spago Las Vegas as its general manager before returning to Los Angeles to oversee CUT in nearby Beverly Hills as its opening general manager.

With Ferdinandi’s relocation back to Los Angeles, he reconnected with Chef Angelo Auriana, known for his work at Piero Selvaggio’s acclaimed Valentino. Together with Auriana, the pair joined with Francine Diamond-Ferdinandi to establish FactoryPlaceHospitalityGroup. Factory Kitchen opened in the Arts District in 2013 to wide praise. The success of the LA concepts was the catalytic for FPHG to be invited to open two locations at The Venetian Resort, respectively: Matteo’s Ristorante Italiano in 2018 and Brera Osteria in 2021. Ferdinandi asserts that while the service at each of the FactoryPlaceHospitalityGroup restaurants meets fine-dining standards, it focuses on providing a friendly, seamless and unobtrusive experience. “It all comes down to making people comfortable in terms of food, environment, pricing and a menu they can relate to,” he says. Speaking to his core hospitality philosophy, Ferdinandi explains, “We never say ‘no’ to the customer, and we accommodate the needs of every guest.

We make things happen without guests ever noticing or feeling it.” In 2019. FPHG’s Factory Kitchen & sixth+mill in Los Angeles were named Bib Gourmand establishments, while Brera Ristorante received an Award of disctinction for the inaugural MICHELIN Guide California and is currently one of the 50 BEST ITALIAN RESTAURANTS in the World. (#43). 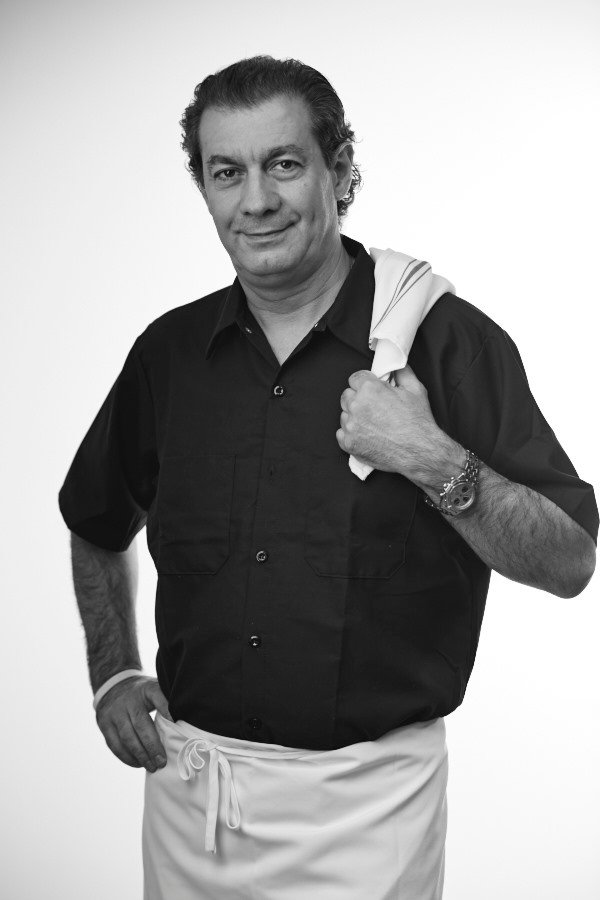 Chef Angelo Auriana was born in Bergamo, Italy, where at age 17 he graduated with honors from the prestigious San Pellegrino Hotel School. He began his formal training in his beloved hometown working with Pierangelo Cornaro; one of the most influential “maestros” of Auriana’s professional career. Shortly after, Auriana traveled to various regions and wine country of Italy, learning from highly regarded chefs, as well as the tradition and authenticity of his homeland cuisine.

After a Florida vacation, Auriana made his way to California in 1985, where he helped with the opening of Piero Selvaggio’s contemporary Italian restaurant, “Primi,” shortly after becoming the executive chef of “Valentino Ristorante” during his tenure of nearly 18 years in Valentino’s kitchen. Auriana has worked on developing his distinctive style he calls “cuisine of ingredients.” This style reflects an intense passion for choosing the best possible ingredients, while maintaining each dish to unveil its’ individual flavors. At Valentino, Auriana has come to love pairing his innovative food with wines from all over the world, creating a multiple course “experience.” 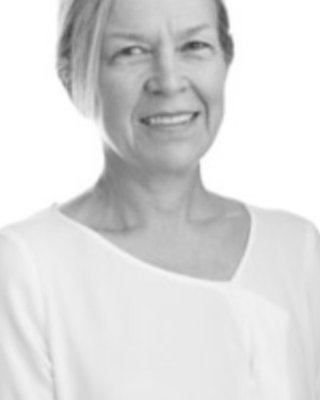 Diamond-Ferdinandi offers an extensive background in wine. Her knowledge of wine has led her to work at some of the most prestigious restaurants in the country, including Gramercy Tavern in New York City, Wolfgang Puck’s Postrio in Las Vegas and Spago in Beverly Hills before becoming The Beverage Director of FactoryPlaceHospitalityGroup.

Diamond-Ferdinandi offers a manageable wine list and makes sure her staff is educated in wine to better assist guests. “We will have an interesting list with quality wines at different price point. The focus is on producers who respect the terroir. We want to keep it simple, offering wines which are ready to drink and will work with the menu,” says Diamond-Ferdinandi.

Diamond-Ferdinandi is a certified sommelier with the Court of Master Sommeliers. She also holds a diploma from the Wine and Spirit Education Trust (W.S.E.T.) program, which leads to the Master of Wine program.

Francine and Matteo are Husband and Wife.

Eduardo Perez exemplifies the success of tenacious spirit. Born and raised in Guatemala, Perez began his career with Wolfgang Puck in 1986 working as the gardener at Spago Hollywood, tending to the restaurant’s fresh herbs and vegetables.

After working for eight months at Spago, Hollywood, Perez applied for a position as dishwasher to get his foot in the door. A short time later, he was prompted to work in several positions throughout the kitchen including pastry prep, bread baking, butchery, pizza, and pantry. His desire to learn combined with the honor of working under a helm of talented chefs was a perfect recipe for preparing him for a long successful culinary career.

After working at Spago, Hollywood for a couple of years, Perez temporarily relocated to Wolfgang Puck’s Granita in Malibu working with Executive Chef Joseph Monzare. Monzare and Perez proved to be an excellent team. Perez’ culinary career grew when Monzare was promoted to executive chef at Spago, Hollywood and asked Perez to join him. This experience further fueled Perez.

In 1993, he moved to Las Vegas to work as sous chef at the Wolfgang Puck Café in the MGM Grand Hotel. Just six months following his arrival to Las Vegas, Wolfgang Puck’s Corporate Chef and Managing Partner, David Robins, identified Perez’ diligence and creativity and offered him a position as a banquet chef at Spago Las Vegas. After accepting the position, he continued to move up the ladder.

He was promoted to café lunch chef after one year. After four years, Perez was then promoted to chef de cuisine. Working alongside Chef Robins, Perez changed the menu in both the café and main dining room daily with significant menu changes each season as well as managing daily kitchen operations, food, and labor cost control.

Chef Perez held a leading role in working with front of house management and corporate leadership teams to ensure best in class food and service delivery for the acclaimed fine dining venue.

Perez’ hard work and dedication to his craft paid off as he was named associate partner of the Wolfgang Puck Fine Dining Group.

After 29 years working at Wolfgang Puck fine dining group with a venture to be challenged by a new opportunity, in 2014, Perez found a perfect fit in accepting the Executive Chef position at Smith and Wollensky, Miami Beach, Southern Florida most coveted fine dining steak house where Perez expand his culinary knowledge learning the process of dry aging meat as well as efficiently running a multimillion-dollar operation.

Chef Perez has a leading role as Corporate Chef of FactoryPlaceHospitalityGroup and assists Chef Angelo Auriana to oversee the culinary for Las Vegas as well as the upcoming new venues.

Chef Mònica hails originally from Barcelona, where she grew up helping in the kitchen of her mother and grandmother. Big Sunday lunches were weekly opportunities to help the two matrons cook for the sizeable extended family. A love for cooking was sprouting. College brought her to the States, where she became a scientist, earning a Ph.D. in aerospace engineering. After years spent as a researcher in Ohio, Colorado and back in Europe (Paris), she settled in sunny Southern California. But the kitchen was calling, and so she decided to leave the lab and pursue the thing that always made her happiest: cooking for others. That’s how she landed in the kitchen of Chef Mirko Paderno at All´Angelo on Melrose Avenue, where she was put in charge of pastry production and garde manger. When Chef Mirko moved to the Avalon Hotel in Beverly Hills, he brought her along. Chef Mònica moved from the pastry department to eventually become SousChef at the hotel. After eight years at the hotel, she was asked to be part of the opening of Officine BRERA downtown Los Ángeles. Under the tutelage of Chef Angelo Auriana, Chef Mònica has become Chef de Cuisine at BRERA, where she continues to enjoy cooking for others.

the industry with chef-like standards and speed, when she started her career at Chef Sang Yoon's Lukshon in Culver City. There, she was stamped with his systematic standards of service, product knowledge, and emphasis on accountability and ownership of the restaurant. In under one year at Lukshon, she was promoted from Maitre D’ to interim general manager, followed by several management roles across Los Angeles, leading teams of varied restaurant concepts and turning around challenging systems – a specialty of hers.

Jennifer first joined FactoryPlaceHospitalityGroup in 2017 as a manager at The Factory Kitchen. Her work ethic and sharp skills were soon observed by Matteo and Chef Angelo, promoting her to Director of Communications with the task of directing the pre-opening PR initiatives for sixth+mill and overall branding of FPHG.

She quickly became Matteo Ferdinandi's right hand to expand the infrastructure and oversee each restaurant team, communication programs, and service logistics for the restaurant and bar operations.

The successful October 2018 opening process of sixth+mill pizzeria and bar propelled Jennifer to become the group’s first Director of Operations, heading into the back to back opening of The Factory Kitchen at The Venetian in December 2018.

Since then, she has continued to work in partnership with front and back of house teams to shape operational, financial, and personnel logistics, while passionately growing deeper roots of the 3 Downtown Los Angeles Arts District location’s guest following.

Jennifer has emerged as a core backbone for the brand, maintaining interactive development of company culture and upholding the consistent vision within internal and external environments.

Her philosophy of“people first” instills compassion and encouragement into hospitality practices in a high intensity environment, which trickle down from an informed and positively engaged staff service to a comfortable repeat guest experience.

Jennifer oversees the Los Angeles operation and collaborates with Candice Kinsey about Spreading the company culture throughout.